If all of the Catholic schools participating in the 2017 NCAA March Madness tournament were to advance (with the highest overall seeds advancing), what would the tournament look like? 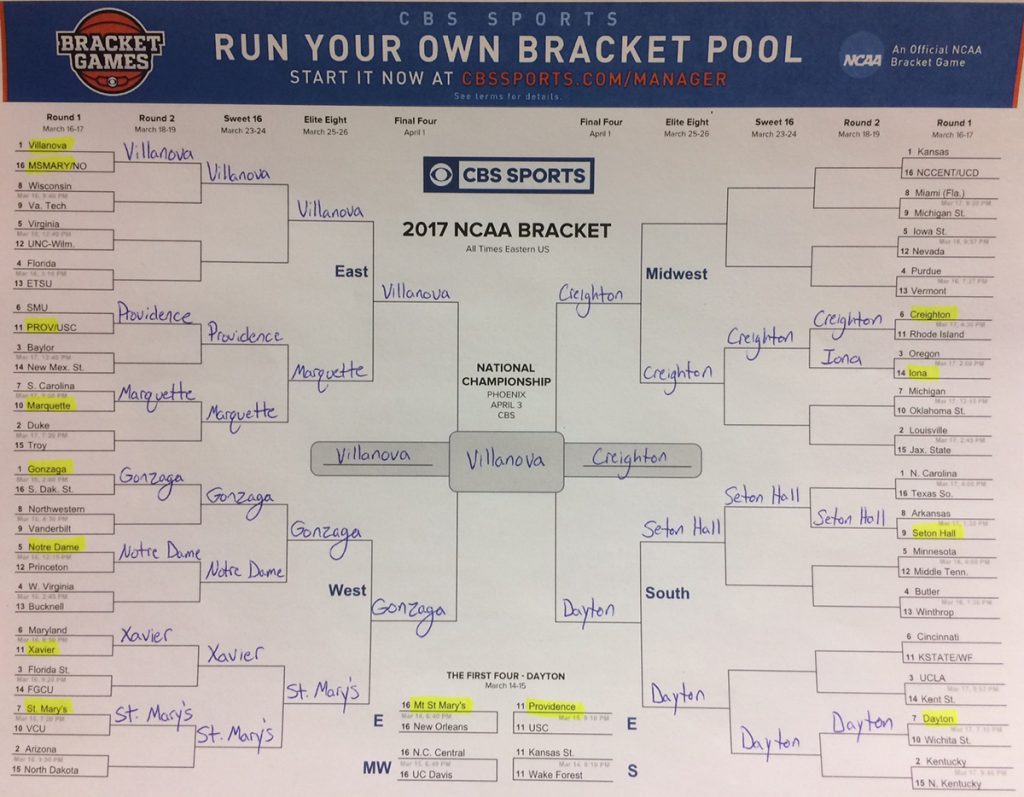 Congratulations to the twelve schools representing Catholic education in the 2017 NCAA tournament! Can the Villanova Wildcats triumph to become back-to-back NCAA champions or will another [Catholic] school take the title? Be sure to support your Catholic schools as they advance to the Sweet 16, Elite Eight, Final Four and the National Championship! Round 1 begins March 16.