This post was contributed by Heather Gossart, NCEA Consultant. 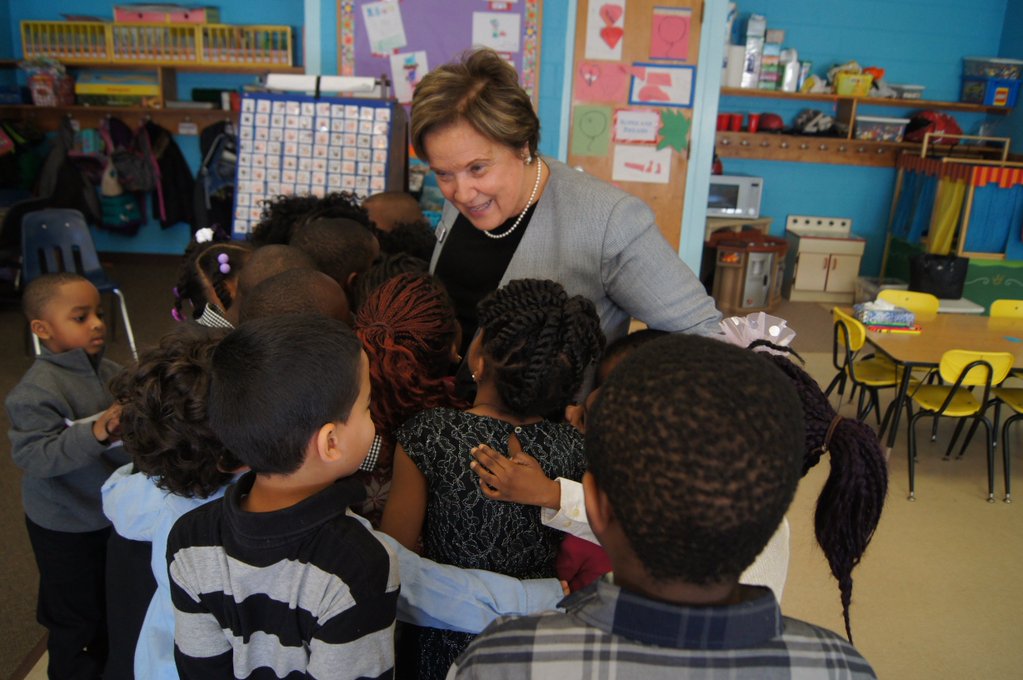 They come from across the street and from across the world…they are children who create a rainbow of colors and cultures and musical languages. Yet, above all in this small Catholic school tucked away in a Maryland community in the Archdiocese of Washington, they call themselves family.

The children of the Academy of Saint Matthias came into their opening Catholic Schools Week Mass dressed in their best “Sunday” dress up clothes. Many of them were joined by their parents and grandparents who had come to be with them as they celebrated in prayer and song the gifts of their Catholic education.

After the Mass, the children returned to their classrooms, and welcomed me as an honored guest as I congratulated them on behalf of NCEA for the wonderful and important work that they do as Catholic school students.

When I visited the pre-school class to give them stickers,pencils and the official NCEA Catholic Schools bear who would now become their classroom mascot. I asked these four and five year olds…what was special about their school, lots of hands shot up into the air.

We learn about God. We learn to share. We help keep our school clean. We only say good words. We learn to be good people.

AND one little boy in a three piece suit reminded me, there is no biting, kicking or scratching. “It really does seem to be true…Everything we will ever need to know about living a good life can be learned in a Catholic pre-school classroom.

This post was contributed by Ryan Lombardozzi, NCEA Social Media Coordinator. David Coleman, President and Chief Executive Officer of the College Board was the NCEA 2016 Keynote Speaker during Opening Sessions. During his speech, Coleman…