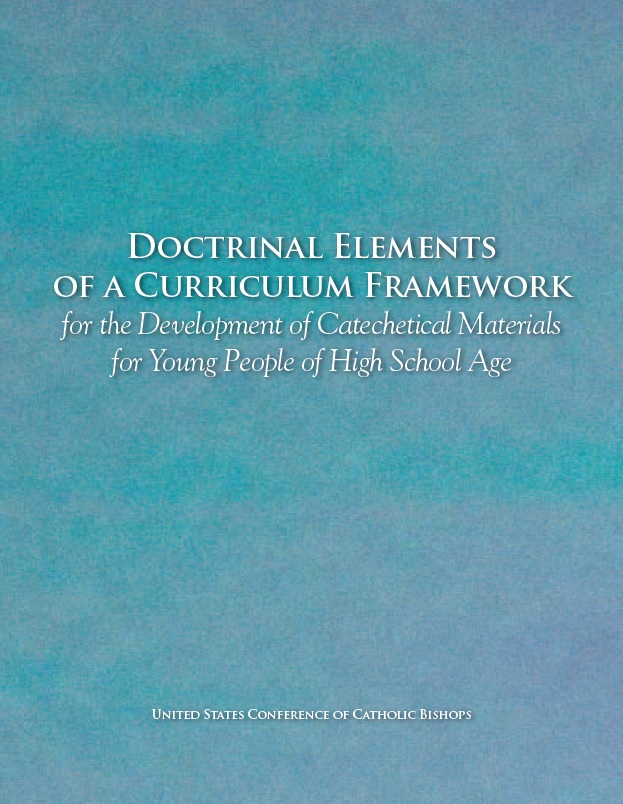 Ten years ago, the bishops of the United States agreed unanimously to mandate a Curriculum Framework for high school religion. Published in 2008, the Framework outlined six core courses and five elective courses. Though not texts, the courses were based on the material from the Catechism of the Catholic Church and set up as a framework to allow publishing companies to develop for texts.

But the Framework did not appear out of thin air. It has a history stretching all the way back to the preparation of the Catechism of the Catholic Church in 1985. Ms. Carrie J. Schroeder (2015) writes an extensive timeline about the Framework in her article, “The USCCB Curriculum Framework: Origins, Questions, and a Call for Research” in the Journal of Catholic Education.  She details the concerns of the bishops as they responded to perceived religious illiteracy among Catholic high school students in the U.S. due to religion textbooks and, the efforts of publishing companies to respond to the bishops. The bishops established a conformity review process for religion textbooks in 1996.

Archbishop Daniel Buechlein and Archbishop Alfred Hughes were the first two chairs of the Ad Hoc Committee to Oversee the Use of the Catechism. As they implemented the Protocol, which was used to judge conformity to the Catechism, they found a significant number of texts to be inadequate.

Archbishop Buechlein and his committee “noted a relatively consistent trend of doctrinal incompleteness and imprecision.”

1. There is insufficient attention to the Trinity and the Trinitarian structure of Catholic beliefs and teachings.

2. There is an obscured presentation of the centrality of Christ in salvation history and an insufficient emphasis on the divinity of Christ.

3. Another trend is an indistinct treatment of the ecclesial context of Catholic beliefs and magisterial teachings.

4. There is an inadequate sense of a distinctively Christian anthropology.

5. There is a trend that gives insufficient emphasis on God ‘s initiative in the world with a corresponding overemphasis on human action.

6. We have detected an insufficient recognition of the transforming effects of grace.

7. We have found a pattern of inadequate presentation of the sacraments.

8. We have seen a pattern of deficiency in the teaching on original sin and sin in general.

9. We have found a meager exposition of Christian moral life.

10. Finally, we have found an inadequate presentation of eschatology.

Archbishop Hughes reported that “some of the texts in use in high schools were relativistic in their approach to the Church and to faith. This could lead some students to believe that one religion or church is as good as another and that the Catholic Church is just one church among many equals. … [S]ome high school texts continue to exhibit inadequate treatment of the Trinity and that the doctrinal and moral teaching of the Church is sometimes presented in a tentative context. Other problems in some texts surfaced in the area of ecclesiology through an overemphasis on the role of the community and the Church sometimes presented as democratic or congregational in nature.” He added other points of contention in his reports. 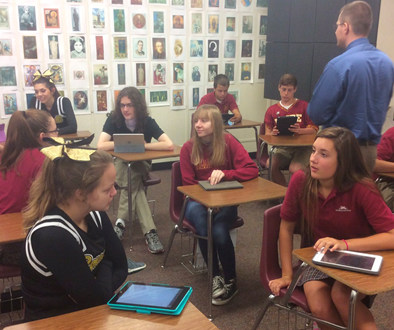 In response to these issues, the committee was developing a scope and sequence. Once the themes for eight semester classes were developed, the committee sent out a document to all the bishops for consultation with high school religion departments and teachers in 2005, followed by a second round of consultations in 2007. This led to the 221-0 vote by the bishops in November of 2007 establishing the Framework. And that is how the Bishops’ Curriculum Framework came to be.