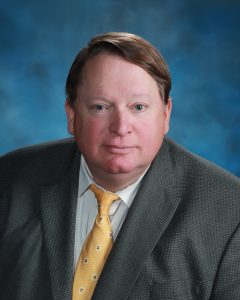 Aside from the spiritual benefits, team involvement in campus ministry activities can play an important role in defining the success of a team. Participation in these with the general school community can enmesh the team within it. When this happens, students will want to attend games and generate school unity and spirit. The team’s success can become an institutional goal, while also under proper institutional control. Potential students can be attracted by this unity and spirit even more than by the quality of the team. The key for our brand and our soul is for athletic teams not to be empires unto themselves. The leadership of the Head Coach is key in this. Athletes need to be fully engaged, energized, and enmeshed in the school community. It also is in the athletes’ own best interest to recognize that, while they may get the most media exposure, they are subject to the same expectations. In the same way, coaches must remain fully within the parameters of institutional control.

We subscribe to the philosophy of educational choice. We strive for folks to choose us for the right reasons: Catholic identity, academic rigor, valuing each individual, structure, etc. Yet what if these are not the reasons some people come to us? Do the public schools have justification to attack us, when students are offered undue incentives to attend our schools for perceived athletic advantage?

In my 27 years of Catholic school leadership I have seen athletics become more emphasized in society. In many areas of the country, winning athletics has become the brand of Catholic high school education. In seeking to attract students via the BRAND of winning athletes, can we be driving others away?

Catholic school athletic programs have a number of obstacles to overcome in order to be successful: tuition, religious bias, academic standards that preclude some students from attending, pressure on 8th graders to be loyal to the public school or to remain with their friends, among others. We can level this playing field because of the ability to draw from a wide geographic range. This provokes criticism from some public school coaches who will not concede their advantages. When athletes don’t have to pay tuition, it can give us a clear advantage.

What is the message to others if we manifest that the highest quality we reward with “scholarships” is athletic talent? What does this say to those who are academically or artistically gifted, who are leaders in service and campus ministry, or come from families with greater financial need? This can have a corrosive effect on school morale and community building. Our students should come out and support our teams because they view athletes as equal members, held to all the standards. 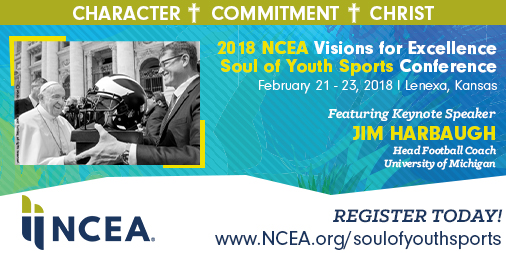 To learn more about this topic and other mission-driven athletic programs, join us for the 2018 NCEA Visions for Excellence Soul of Youth Sports Conference featuring keynote speaker, Jim Harbaugh.

Didn’t have the chance to check in with NCEA Talk each day? We’ve got you covered. Webinars Paying for Modern Learning: Business Office Leadership – Monday, May 20, 2019, 1 PM EDT Annual Fund: Ending the…