The following article is a re-post of Epiphany church opens Catholic school Aug. 16 by Karen Zurawski. 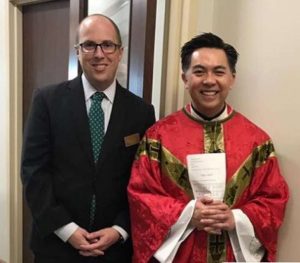 Epiphany of the Lord Catholic School in Katy, Texas opens its doors to students Aug. 16. It represents the culmination of four years of planning, work and fundraising for the elementary and middle school.

“This was a complete parish effort that took a couple years of activity in fundraising,” said Denny Dellinger, development board co-chair. “It started four years ago with a master plan for the parish and about 12 or 18 months of fundraising.” Pledges over a three-year period got funding for the school, he said, and the development board followed with periodic fundraisers to supplement the initial pledges.

“We currently have just over 90 students,” said Principal Nicholas Morgan of the school which will offer grades prekindergarten through fourth. Eventually the school will also include grades 5-8

“We expect to have about 100 students by the first day,” he added. The school will have 14 teachers, two in prekindergarten and two in kindergarten and one teacher per class in grades 1-4.

Dellinger said, “We really hope for explosive growth in the school. We believe it will be a fabulous academic experience and a wonderful addition to parish life. These are really exciting times for us.”

The Epiphany school is the newest and our 60th Catholic school in the 10 counties of the Archdiocese of Galveston-Houston, said Jo Ann Zuniga, media relations manager for the archdiocese, which is the largest Roman Catholic diocese in Texas and the fifth largest in the United States. 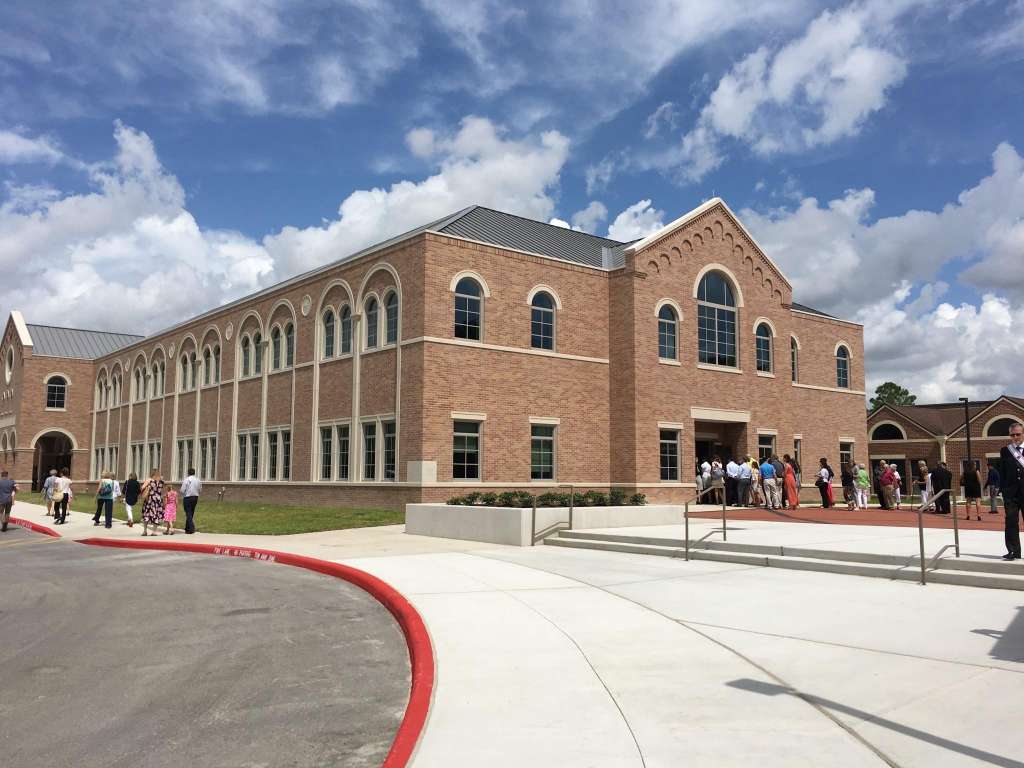 The $12 million, two-story school has approximately three classrooms per grade. “We have a library, art room, music rooms, science lab and STEM lab,” said Morgan. There’s no cafeteria, but students will eat in one of the existing buildings on the campus of the Epiphany of the Lord Catholic Community at 1530 Norwalk Drive, Katy.

The parish raised about $5 million during a capital campaign and the rest of the project cost is financed through a loan. Fundraising wasn’t easy. Dellinger said fundraising started on the heels of a downturn in the energy sector that affected the whole area. “Then Harvey hit which wiped out a large number of folks personally and totally changed their ability to participate.” 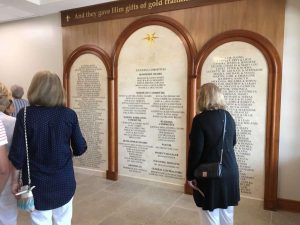 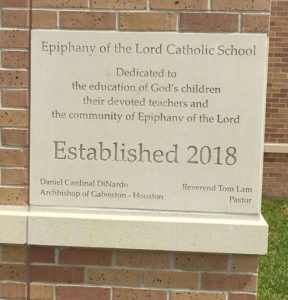 We offer an alternative to the public schools with a faith-based but academically challenging approach to education,” said Morgan. “Our four foundations from our mission statement is what will set up apart from other private and public schools – faith, knowledge, compassion and character will be taught, celebrated, recognized and incorporated into our daily lives.

Dellinger said, “Both my wife (Lyn) and I from bringing up all the kids have always recognized the importance of education in development of the next generation. I myself had gone to Catholic schools from first grade on to a master’s degree. I’m familiar with the integrated approach of academics and theology and we believe in it. When the parish as a whole through the master-plan system decided the school was a priority, we knew we would be supporters of it. Father Tom asked us to lead the capital campaign and that got us started.”

Pastor Father Tom Lam celebrated the Mass of Dedication for the school on Aug. 4 with Cardinal Daniel DiNardo.

After the Mass, the cardinal blessed the new school as congregation members assembled in the building. “We dedicate this building to the education of youth, to the progress of sciences and arts and to learning,” said DiNardo.

It was a great event on a number of fronts,” said Dellinger. “Everyone was thrilled with the physical aspects of the school and how it had all come together. Every aspect of the parish — we have 6,700 families in the parish — people from every different demographic represented at the dedication. All were very supportive and happy. The dedication went quite well.

After the Mass and building dedication and blessing, the school was open to tours. Dellinger said it was the first time many folks were inside the building.

“The rewards are many many fold. My wife and I took the approach and believe this is part of our way of paying back for all the wonderful blessings we’ve had through our life. It’s part and parcel of being part of the parish and the community,” said Dellinger.