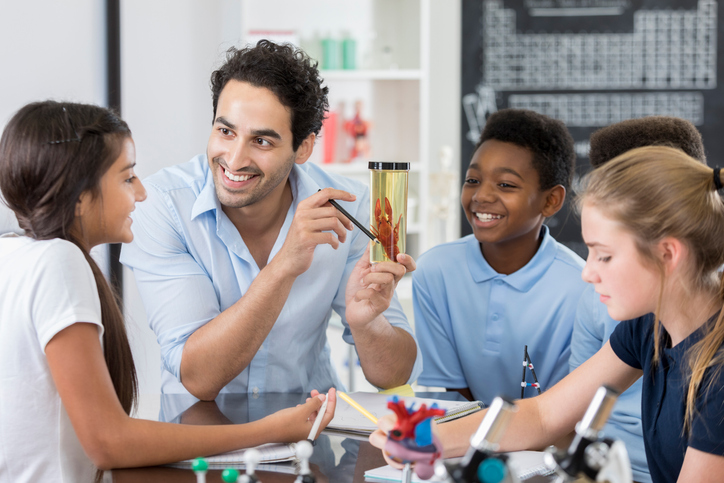 The following blog was contributed by John Reyes, Ed.D., executive director for operational vitality at the National Catholic Educational Association in Arlington, VA.

I once saw a Tweet a few years back from a university professor who, after a day’s worth of demo lessons several years removed from the classroom, talked about being “teacher tired” – and that phrase hit hard.

You must know that feeling – emptying your pockets full of Expo markers, falling asleep grading on the couch then subsequently waking up late into the night thinking it’s the next day, driving to school on your day off – and like me, you probably FEEL the phrase “teacher tired” just as much as you can read it. It hits hard in that crunch of time before grades are due; it hits hard when vacation just seems a *bit* too far off; and it hits hard when our communities are reeling from and attempting to navigate turmoil, trauma, loss and uncertainty on an unprecedented scale.

The antidote now, as it has been, is equal parts confronting the brutal facts and remaining optimistic about what lies ahead – an idea Jim Collins calls “the Stockdale Paradox” in his book Good to Great.

There are plenty of voices proclaiming the brutal facts – personally, there is nothing more I can offer to speak to this that your own lived reality, the incessant e-mail blasts, the tweets of despair and the talking heads on TV aren’t already doing. Without question, it is exhausting; but the narratives we are told pale in comparison to the depth of seriousness of the actual crises facing Catholic schools, their students and their families.

When you look at the legacy of Catholic schools and their propensity to innovate in serving marginalized populations, their attentiveness to values-based education, their ability to foster increased student outcomes with tighter budgets, and their dedication to ministering to the whole child and the family, the only conclusion I can surmise is that Catholic schools were tailor-made and fashioned for a time like this.

In Chapter 3 of the first letter of Peter, we are compelled to “always be prepared to give an explanation to anyone who asks you for a reason for your hope.” For me, it is the selfless, courageous, run-to-the-danger level of response Catholic schools have and continue to execute. It is embodied in the willingness to innovate and be Christ to kids and families no matter the mode of instruction. It is embodied in the hunger and thirst of educators to know better and do better – to create stability in the midst of uncertainty.

At NCEA, we envision our work to be of advocating for hope, creating communities of hope, and building capacity to manifest that hope for kids and families in Catholic schools. Despite our circumstances pulling each of us to isolation, we are embracing this moment as an opportunity to default to collaboration. It is a radical sense of belonging to each other as Catholic school educators, as followers of Christ, and as men and women imbued with a distinction of dignity and value by our Creator that can and ought to be a driving force in what is probably the worst case of “teacher tired” ever.