The following article is a re-print of Omaha Archdiocese schools see highest enrollment gain in U.S. by Michael Kelly of the Omaha World Herald. 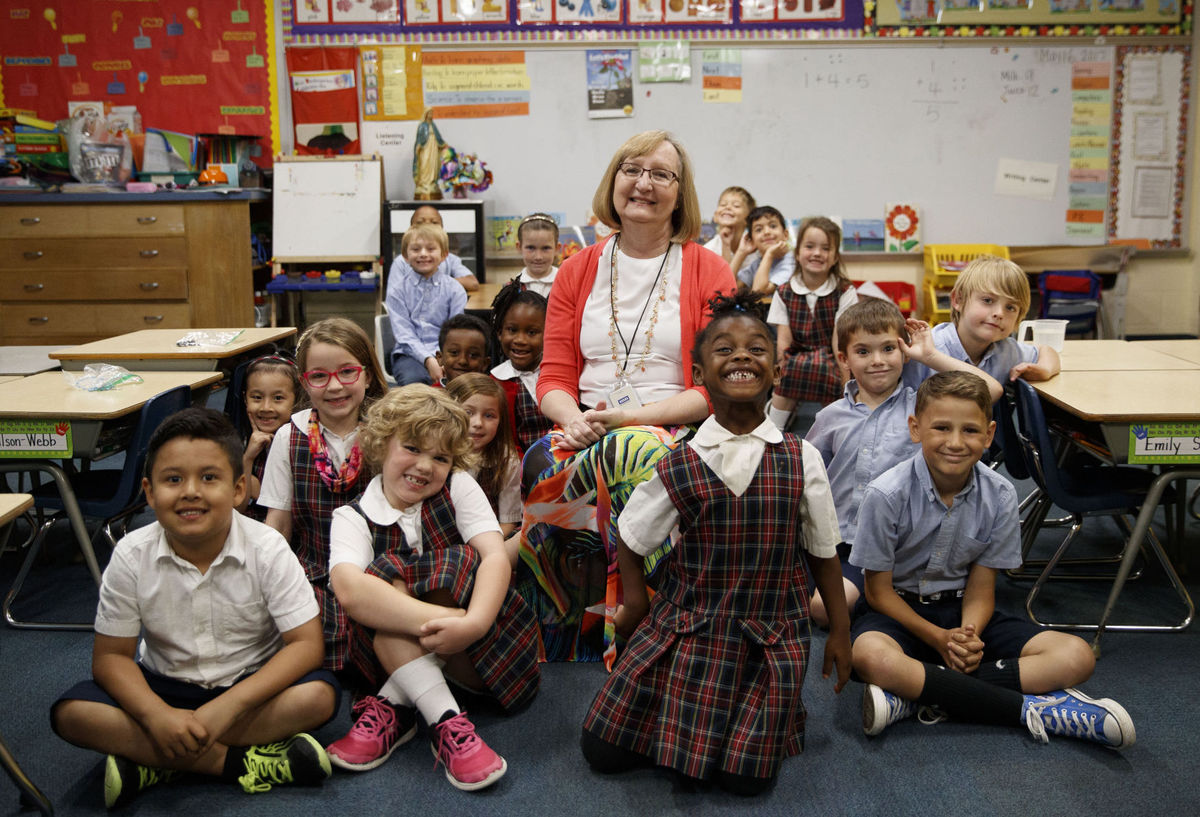 Omaha-based Catholic schools changed their recruiting tactics for new students, and a result is the highest two-year enrollment gain in the nation.

Though not the highest percentage gain, the Omaha Archdiocese (northeast Nebraska) easily ranked No. 1 with a raw-number increase of 920 students from 2014-15 to 2016-17.

Columbus, Ohio, and Phoenix followed, with 560 and 521, respectively. The Lincoln-based diocese was fourth, with a 432-student increase.

Contributing to the enrollment increase in the Omaha Archdiocese, officials said, is an effort to reach out to Latino families and another that offers a two-year tuition discount, called the “welcome” program.

I go to games a lot,” said Patrick Slattery, superintendent of schools in the Omaha Archdiocese. “I looked at all the young families in the crowd, and we brainstormed with Storm Chasers officials.

The top Catholic enrollment gains nationally from prekindergarten through high school, with Omaha and Lincoln ranking high, are found in a new report by the National Catholic Educational Association.

Catholic education plays an important role in creating a stronger Nebraska,” Slattery said. “Our objective has never solely been about our own needs, but one in which the entire state benefits.

The local two-year increases are welcome to Catholics, who have seen a national enrollment decline of 60 percent in their parochial schools since 1965. That’s partly a factor of demographics, with families having far fewer children than in the baby boom days.

Slattery said the Omaha archdiocesan marketing campaign — which includes online and other media advertising — has received such a positive reaction that he and colleagues were asked to give a presentation at a recent convention in St. Louis.

Most in the top 10, the Omaha superintendent said, benefited from being in states with “school choice” programs that provide public funds for vouchers, tax credit scholarships or educational savings accounts.

“Without that aid,” he said, “our gains are all the more noteworthy.”

Slattery has noted that, despite the upward trend, some schools that had experienced three years of growth saw their enrollment dip this school year. Others continued a five- to 10-year trend of declining enrollment.