The following article is contributed by Dr. Emily DeMoor, Director of “Living & Leading with Love” at the Youth Theology Institute, Brescia University and Ann Flaherty, Superintendent of the Diocese of Owensboro in Owensboro, KY. 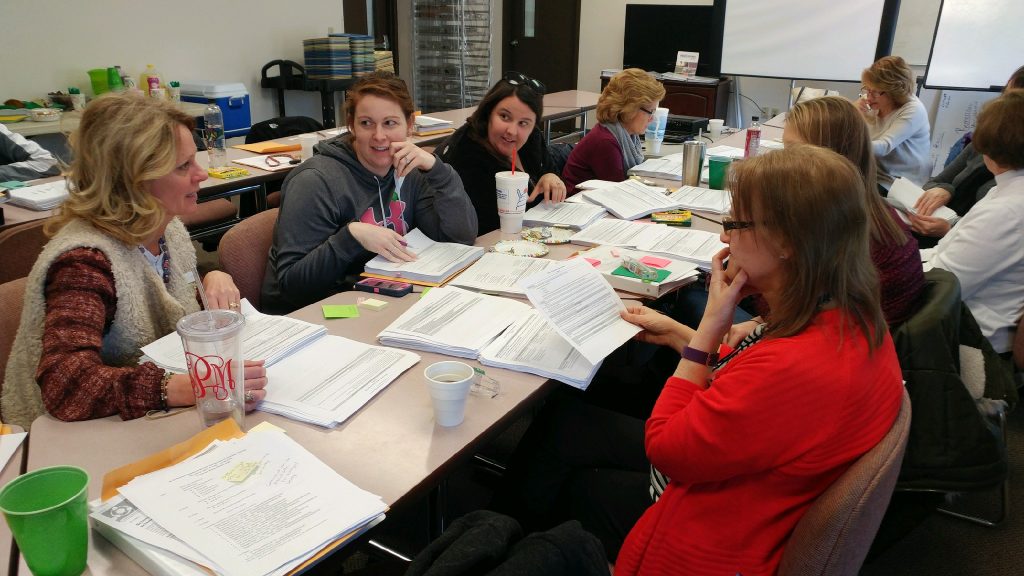 The Diocese is excited to announce that in June 2017 we rolled out our new science standards, which are heavily embedded with Catholic Identity.  Meanwhile, however, many of the Catholic youth we seek to educate are leaving the church, due to an alleged rift between science and religion.  Bishop Robert Barron stated at the Convocation of Catholic Leaders:  The Joy of the Gospel in America in July that this is one of three obstacles for young people to overcome in order to choose to practice the Catholic faith.  The Center for Applied Research in the Apostolate (CARA) surveyed a random sample of youth that had left the Catholic Church.  They found that 63% left the Catholic faith between the ages of 10 to 17. Twenty-three percent made the decision to leave the faith before the age of 10.

At a recent visit to one of our diocesan high schools a student told Bishop William Medley, Science conflicts with religion.  Which one should I believe (creation as shared biblically or evolution)?  We are taught the biblical story of creation, and then we learn scientific proofs as we get older, and they conflict.  What is real?  We want more facts.

One can easily see the dilemma of our youth in their earnest search for truth, yet this kind of dualistic thinking is flawed.  The Catholic Church holds that religion and science, faith and reason, are not in opposition, but rather are complementary ways of knowing creation that are vital and intrinsic to one another. The Catechism of the Catholic Church states: “…methodical research in all branches of knowledge, provided it is carried out in a truly scientific manner and does not override moral laws, can never conflict with faith, because the things of the world and the things of faith derive from the same God” (2016, Part I, p. 159).

The Catholic Church has a long relationship with science, dating back to the founding of the Pontifical Academy of Sciences in 1603 and the Vatican Observatory in 1891. By aligning the Diocese of Owensboro Academic Standards with Catholic identity, we can advance the essential dialog between science and religion and foster holistic approaches to education that nurture the spirit of the students while also cultivating their intellectual growth.

The unifying principles of science converge with those of Catholicism in articulating a sacred universe in which all is one in Christ. This unity is based upon relational thinking that begins with the Trinity and connects all of creation together as one sacred whole. By engaging science, scripture, the Catholic tradition and Catholic social teaching in interactive and supportive relationships we can better assist our students in reflecting deeply and critically about scientific information related to everyday life and cultivate in them an informed conscience regarding the many pressing issues and problems of our world.  Using both science and religion, we can help our students to make links among engineering, technology, science, and society and bring them to bear upon the common good in ways that uphold the life and dignity of the human person.

In doing so, we bring the National Standards and Benchmarks for Effective Catholic Schools to life in rich new ways in the classroom as we integrate the religious, spiritual, moral and ethical dimensions of learning into the science curriculum (7.2).  Our Catholic schools have the unique opportunity to be intentional in weaving our Catholic Identity into our Science classes.  Our hope is that, in their sincere search for truth, our students gain the vision to become the future leaders of the church as well as “socially responsible global citizens” (7.3).