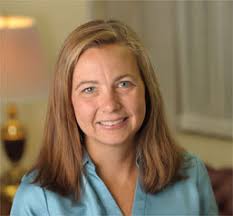 In their recent letter, the leaders of the Congregation for Catholic Education, Cardinal Giuseppe Versaldi and Archbishop Angelo Vincenzo Zani, call upon the Church and Her schools to “educate for fraternal humanism.” I was struck by how the document’s invitation resonated with Blessed Basil Moreau’s observation that “Christian education is the art of bringing young people to wholeness in the image of Jesus Christ.” But what does that “wholeness” mean, exactly, in a globalized economy and in pluralistic societies?  Cardinal Versaldi and Archbishop Zani suggest that it means celebrating and honoring diversity of culture and experience, welcoming the least advantaged, and reaching out beyond classroom walls to embrace broader cultural and community challenges.

Are Catholic schools today “educating for fraternal humanism?”  I think—hope—that the answer is yes.  In the American context, there is ample evidence that our schools have long welcomed, and transformed the lives, of those children who are at the margins of society.  Indeed, not only do disadvantaged children benefit the most from Catholic schools, but a case can be made that Catholic education arguably has been the most effective antipoverty program in U.S. history.  Moreover, my own research with Margaret Brinig suggests that, in disadvantaged urban communities, the benefits of a Catholic school extend to entire neighborhoods.  In our book Lost Classroom, Lost Community:  Catholic Schools’ Importance in Urban America, we found that Catholic schools reduced crime and increased social cohesion in urban neighborhoods in Chicago and Philadelphia (and their closures resulted in more crime, disorder and lower levels of social capital).  And, internationally, the growth of Catholic schools is a tremendous—indeed inspiring—sign of life and hope.  To give just one remarkable example: Since 1980, the number of children attending Catholic schools in Africa grew by an astounding 250 percent, from 6,579,603 to 23,157,185!

We cannot, however, rest comfortably in the assumption that Catholic schools at home and abroad are meeting the difficult challenge set forth by Cardinal Versaldi and Archbishop Zani.  We need to evidence that they are.  To do so, we must learn more about these places and their effects on students, families, communities and cultures.  Much of the research on American Catholic schools is dated and not enough research on Catholic schools in the Global South has been conducted at all.  Therefore, one of the most important aspects of the letter is its invitation to institutions of higher education to build research-based knowledge base about Catholic schools.  The Congregation of Catholic Education is correct that we cannot make the case for Catholic schools’ full participation in the critical task of forming young people, including by accessing public funding at home and abroad, unless we can demonstrate our schools’ value.  And, we must find ways—as scholars—to demonstrate that value in terms that extend beyond test scores (while recognizing that academic excellence must always be non-negotiable in Catholic schools).  Scholars at Catholic (and secular) universities need to answer the call conduct rigorous research on what Catholic schools are, what they do, so that the Church can help them better embrace the challenge of “educating for fraternal humanism.”