The following article was contributed by Thomas J. Kiely, MA, MALS, DHL. Director of the Institute for Catholic Leadership at Marquette University.

The lofty aspirations of the mission become incarnated in real projects affecting real people in positive ways.  And, now, your story can be told. 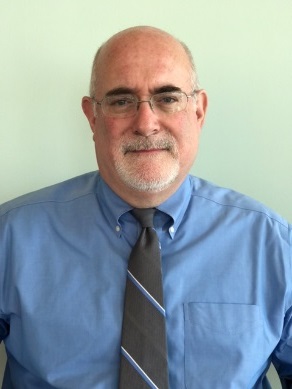 Thomas J. Kiely will be presenting on A Mind for the Mission: Building Communities of Action at the 2017 NCEA Institute for Catholic School Leaders.

Catholic school mission statements are often filled with dense language: a lot of the words are adjectives.  Often phrased as lists of intensely felt aspirations for academic success and religious life, schools have been guided by the National Standards and Benchmarks to be certain that all stakeholders know the school’s mission statement.  This means that the complex enterprise of a Catholic school needs to be distilled into language that can be easily memorized by a 2nd grader.  To the various publics served by the school, then, the mission can be clearly stated, easily understood, and compared to other schools.  In the parlance of advertising these essentials become the building blocks of the school’s brand.

Standing by your brand is easier said than done.  The flowery lists of adjectives often are stated in ways that leave faculty and staff struggling to explain to parents and students how their school is fundamentally different than other schools.  Simply put, a school’s mission is to explain who or what the school is, and whom it serves.  Assuming that people know what a school does, we live in a time when many people are unfamiliar with the founding orders of schools, the heritage of communities, or with the relationship between the Gospel and education.  We have to think together about how to communicate and then activate the terms we use in describing what we do in Catholic schools.  (The technical term is operationalize). Nothing can be more damaging to a school community that the gossip that arises from a misunderstanding resulting in conflict related to some aspect of the mission.  “I thought this was supposed to be a Catholic school but…”.

Because Catholic schools share a common heritage and vision, using language that more accurately describes what we do is difficult.  School missions tend to sound the same because we all share the same basic mission.  Often mission documents and statements are compromise documents constructed by committee in response to accreditation and, although they are inclusive, they are tough to get excited about.  By developing a strategic approach to mission dynamics specific elements of the mission are given sharper focus, and assigned to individuals and groups to implement in discrete areas.  Internal groups reach out to specific sectors of the community to implement short term, measurable projects that make the mission more tangible and understandable to students and parents.  The lofty aspirations of the mission become incarnated in real projects affecting real people in positive ways.  And, now, your story can be told.